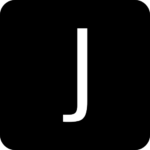 Sanctions against Russia for the invasion of Ukraine have been designed to cripple the country’s economy and penalize Putin and his associates. However, the complexity of the web of sanctions is also taking a toll on European nations that are finding it hard to navigate through the measures to penalize Russia.

Around 8,000 luxury cars destined for Russia are stuck at the Port of Zeebrugge in Belgium as authorities are finding it very difficult how to interpret and enforce sanctions against Russia. The massive buildup of cars at the port includes thousands of luxury vehicles that arrived from Asia in the first week of April and include some of the newest Cadillac, Mercedes, and Lexus model

All the cars stuck at the port were supposed to be shipped to Russia, however, they were subjected to a luxury ban that prohibits vehicles worth more than €50,000 (around $54,000) from being exported. Zeebrugge port officials claim more than 1,000 containers on their way to Russia have been stopped from being sent to Russia for checks. Zeebrugge is one of the biggest vehicle transshipment ports in Europe that sees the movement of more than two million cars a year. However, it’s not just Zeebrugge but many other export hubs around Europe that are facing similar issues.

There are other luxury goods such as fashion (apparel, accessories) which are stored in 2.500 containers which are also blocked in Belgium’s ports. These luxury goods age and turning them into cash is a very complex operation. Once blocked they do not automatically become the property of Belgium or the E.U. so they may be sold to benefit Ukraine. There has to be a confiscation process for which a crime is needed. E.U. officials warns this will take a long and complicated process.

It is estimated that luxury goods worth 250 billion euros which are blocked in E.U. ports. It is also unclear what happens to the luxury goods which were in stock at the time the international luxury brands shut down their stores in Russia, also as part of the response to the sanctions imposed on Russia. There is a different situation between luxury brands which operated directly in Russia (Louis Vuitton, Prada, Hermes etc) and the luxury brands which operated in franchising through one of the major Russian retailers Mercury Group and Bosco di Ciliegi.

According to several sources, CPP has learned that some of these goods can be exported to CIS countries but also countries in Asia. Most of these products would become outlet stock as their seasonality has come of age. Some reports also suggest that a good part of these products are available for shopping online for Russians. Some luxury goods especially watches and jewellery may be as well confiscated, which already happened to 150 Audemars Piguet watches.

There is also the real estate challenge – Mercury Group own key luxury retail real estate such as Tretyakov Projezd, Barvikha Luxury Village and the TSUM luxury department store in the heart of Moscow. Bosco di Ciliegi controls the GUM luxury department store in Moscow. The closed stores which are operated in franchising may be safe for now, but the luxury brands which operate directly in Russia who lease their retail space independently, the situation is much more complicated. There has been pressure for the closed stores to be replaced by brands from Turkey, Brazil or China.

You have already reported this .
Clear Clear All