Louis Vuitton, this name is now on everyone’s lips. He was even invited by the Empress to stay at the Palace of Compiègne. Several times a year, the emperor and his wife invite around a hundred personalities for several days. Theater, walks, hunting and luxurious dinners are on the program. We meet beautiful people there: scientists like Louis Pasteur, or writers like Flaubert.

The invitation of the imperial couple is such an honor that the first instinct of the humble Louis Vuitton is to refuse: “We will meet our customers there, it will embarrass them, and us too. We must stay in our place”, confides he modestly. But his wife doesn’t hear it that way and convinces him to accept. For the occasion, the Vuitton couple are offering themselves new outfits and even taking dance lessons, Caroline Bongrand tells us in her biography.

But with Louis Vuitton, work is never far away. No sooner had he arrived in Compiègne than he noticed among the guests’ luggage, imitations of his flat trunks, made by the competition. As soon as he returned to Paris, he explored the trunk-makers’ shops, looking for someone who dared to copy him. He is not disappointed with what he finds. No less than five manufacturers have reproduced his trunk. Louis Vuitton, of impressive build with broad shoulders and large hands, provokes a fight with one of them and ends up at the police station.

From now on, the trunk maker will think about filing a patent for his new inventions and, later, when the Louis Vuitton brand has achieved international fame, his son will imagine a print to limit counterfeits.

But before this apotheosis, the Vuitton family (Louis, his wife Emilie and their children) experienced a terrible mishap. In 1870, the Second Empire was overthrown. Napoleon III and his wife Eugenie pack up, constrained and forced, in England while Paris is besieged by Prussian soldiers. The Vuitton workshops, located in Asnières, were set on fire. In a few days, Louis Vuitton loses the job of a lifetime.

At 50, he’s almost back to basics, ruined. Vuitton must sell trunks, and quickly. Its former wealthy Parisian clientele has deserted, Louis Vuitton is therefore working to seduce tourists who are more and more numerous with the joint development of the railway, the steamship, the automobile and the airplane, pouring in.

The tourism industry is booming. A certain Thomas Cook created the first travel agency in England in 1841, and one of the most successful destinations is Paris. Hotels such as the Grand Hôtel de la Paix and palaces, the Meurice or the Bristol first, are multiplying in the capital to welcome wealthy travelers.

Faithful to its habits, and seeing fashion change (crinolines are outdated, we are now tearing up new dresses with much less fabric), Louis Vuitton innovates with the wardrobe trunk, a kind of portable wardrobe with hangers so as not to have to fold his outfits. This ingenious baggage conquers wealthy globetrotters and American businessmen like John Pierpont Morgan or Rockefeller.

Vuitton finds success again, but a series of terrible mourning hits him. Her last daughter died of scarlet fever when she was not six years old. His inconsolable wife follows her to the grave shortly after. Louis Vuitton retired to devote himself to developing new ideas in his workshop. He developed the checkerboard canvas and then installed tamper-proof locks for the security of the trunks.

It is his son Georges Vuitton who now manages the business. He opened a shop in England before attacking America, after the death of his father in 1892. It was Georges who was inspired by the design of a tile in his parents’ kitchen to create the famous monogram. with the initials LV in tribute to his father. After the disappearance of Louis Vuitton, his luggage will continue to travel around the world alongside the most illustrious travelers. In the mid-twentieth century, it is even said that Hemingway would have found his manuscript of Paris is a party in one of his trunks forgotten at the Ritz for years.

Greta Garbo and her shoe trunk, Yves Saint Laurent and her luggage with books. Louis Vuitton brings together famous aficionados. Some custom orders have changed the course of fashion, such as when actress Audrey Hepburn asks to have a duffel bag down for her. This will give the Speedy, one of the best-selling handbag models in the world. Louis Vuitton was a discreet man, yet thanks to his trunks, his monogram is now known throughout the world. 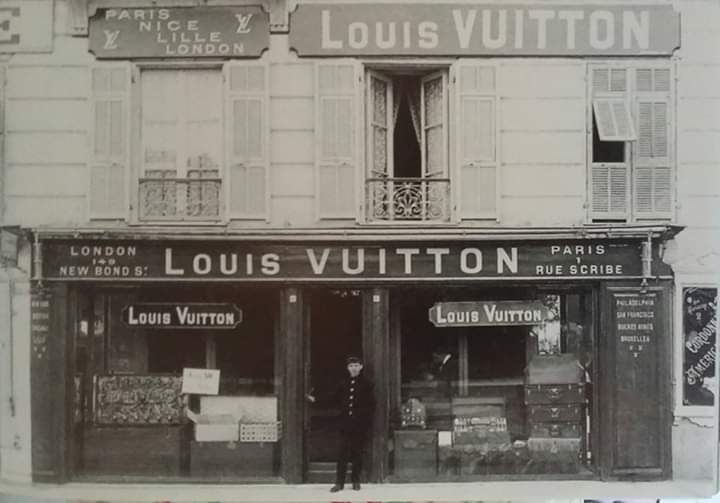 We are in 1854, in Paris. For a few weeks now, Louis Vuitton, a young trunk maker, has opened, with the means at hand, his… 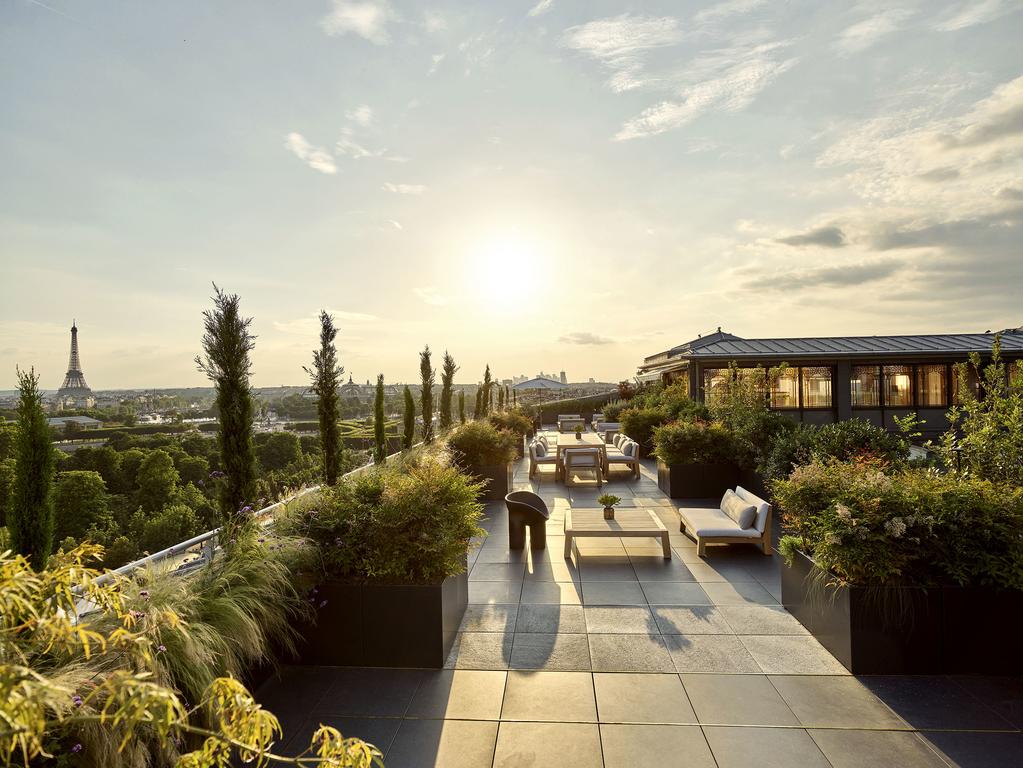 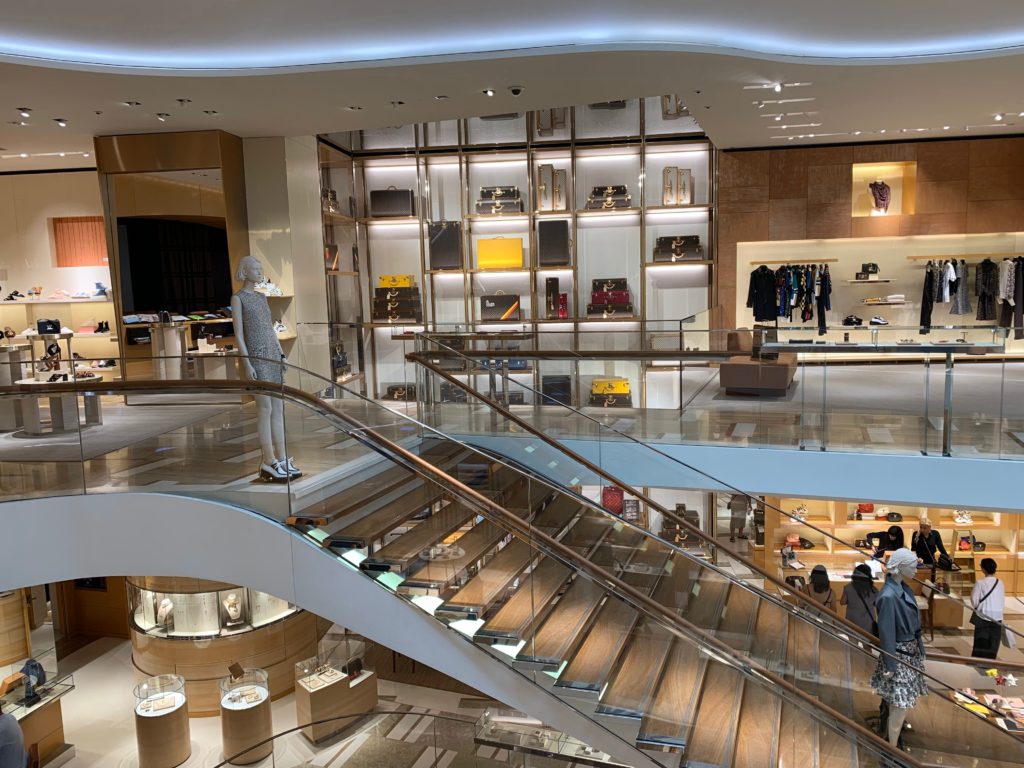 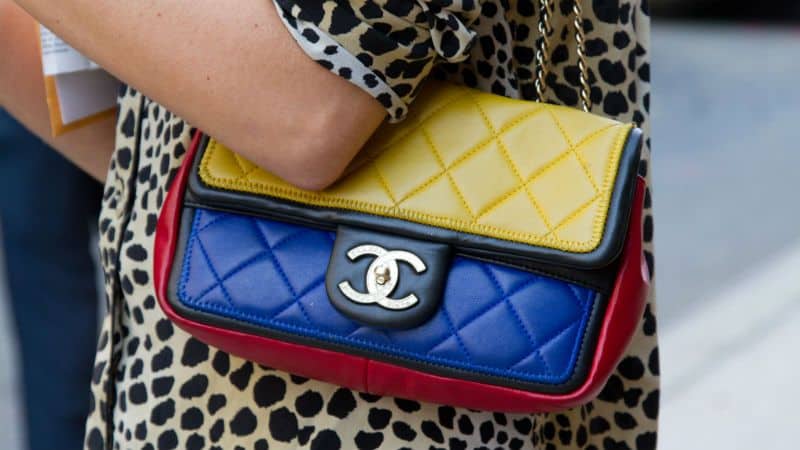