Announced a few weeks ago, the house’s new gastronomic initiative saw the light of day on March 20.

After Osaka, it is Tokyo’s turn to welcome the new coffee shop launched by Louis Vuitton. Located on the seventh floor of its flagship store in the Ginza district, the space showcases the cuisine of chef Yosuke Suga – trained by Joël Robuchon and already at the head of the Osaka table – in a decor with organic accents: a choice that echoes the new decoration of the store, supervised by Peter Marino.

“Marino’s design emphasizes the building’s organic aesthetic with a central staircase that unfurls like a ribbon of sculpted oak bordered by glass,” Louis Vuitton shared. “A second staircase, located towards the rear of the store, is framed by a four-story feature wall that reinterprets Kimiko Fujimura’s painting ‘Wave Blue Line’ (1977) in artistic applications of plaster.”

At the end of April, Café V will have a corner selling chocolates in the colors of the house, Chocolat V. A first for the brand on this type of offer and something to give a taste of the experience of Vuitton brand to local consumers and passing tourists.

Occupied by Vuitton since 1981, the Ginza Namiki building is an attraction in its own right. After three years of construction, the latter has indeed undergone a complete facelift, including on its exterior facade. Under the leadership of Japanese architect Jun Aoki, the walls are covered with a double glass wall embellished with a dichroic film capable of producing endless color variations throughout the day, evoking the ripples of water. . 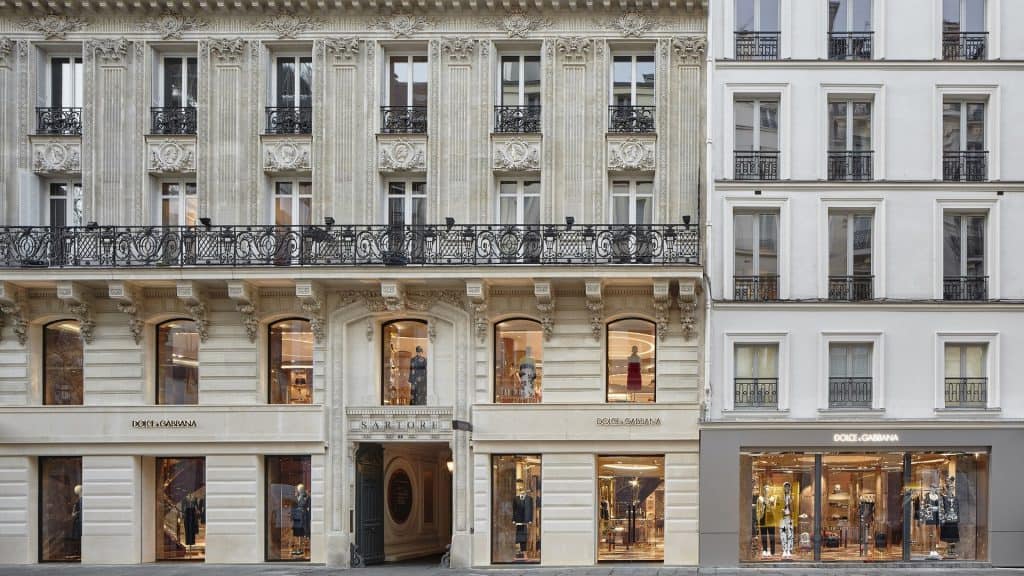 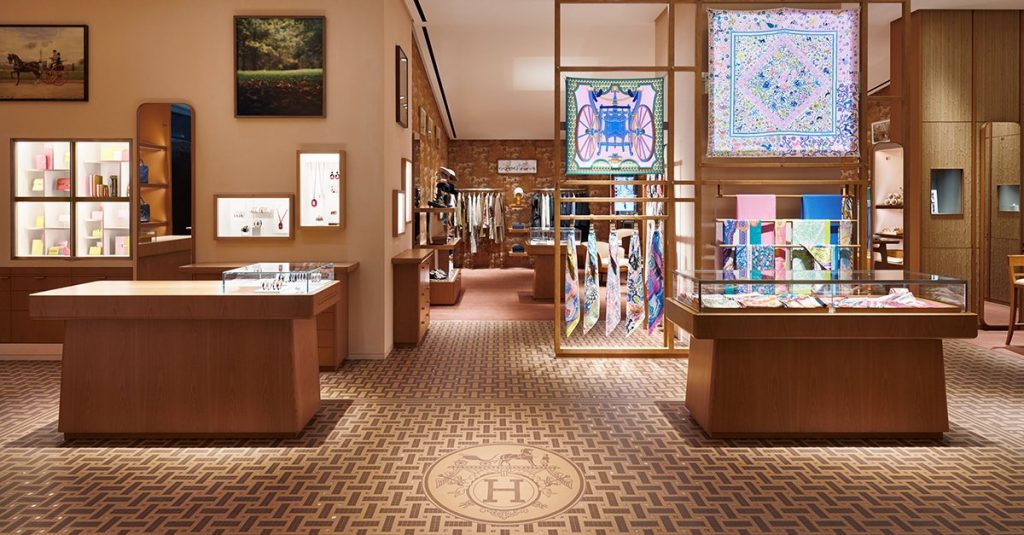 Hermès has recently opened a renovated and extended space within the Fujisaki Department Store in Sendai, on 5 September 2020. This reopening marks a new chapter…