Disappearance of Bottega Veneta from social networks: what strategy for the luxury house?

While the year 2020 has accelerated the process of digitalization of luxury fashion brands, both from the point of view of communication on social networks and the development of their own e-commerce, and that luxury fashion houses competing in digital creativity, the Italian brand Bottega Venetta suddenly disappeared from Instagram, Facebook and Twitter on Tuesday, January 5.

The house has not communicated on the reasons for its abandonment of social networks, sowing surprise and consternation among fans of the brand and leaving room for speculation by observers about Bottega Veneta’s disruptive strategy, as well as speculation about the final or temporary nature of this digital disappearance.

Such a decision may seem all the more confusing, given that the analysis of Bottega Veneta’s cross-channel marketing strategy published in early January 2020 by Launchmetrics revealed that the third highest percentage of MIV (Media Impact Value) of the brand came from Instagram (after online media and print magazines).

According to Launchmetrics, Heuritech and Tagwalk, the leading platforms in terms of digital impact analysis of fashion brands, Bottega Veneta’s MIV on Instagram has only increased with the presentation of the Fall 2020 collection of the brand in February and the proliferation of posts from influencers or fan accounts (including @newbottega which currently has 354K followers, making it the first fan account of a luxury fashion brand on Instagram) featuring the brand’s emblematic accessories (Pouch bag, Tire boots, square-toed sandals, etc.) during confinement.

This disconnection comes a few weeks after the broadcast of the film presenting its Spring 2021 collection on the brand’s website.

It also follows two and a half years of Daniel Lee’s meteoric rise since his appointment as the head of the artistic direction of the Italian house in June 2018: his critical acclaim, his triumph at the Fashion Awards in December 2019 and the Record performance for the brand in 2020 (20.7% like-for-like sales increase to 332.5 million euros and with triple-digit growth for online sales).

This apparently surprising decision is not, however, so much as that if we consider at the same time the profile of Daniel Lee, the history and the brand culture of Bottega Veneta as well as the marketing strategy developed by the subsidiary of the Kering group since mid-2020.

While the global pandemic has had the collateral effect of an increase in the time spent on screens, the time spent on social networks and internet searches has suffered high inflation, from which Bottega Veneta has benefited a lot. The latest Lyst Index available, which ranks the most popular brands and items on the internet on a quarterly basis, establishes that Bottega Veneta was the ninth most popular brand for the third quarter of 2020, although it was not even included in the list of twenty brands in Q1 2019. In terms of product, Bottega Veneta’s Tire Boot was the fourth most popular womenswear item from July to September 2020.

But is this overexposure, linked to the phenomenal success of Daniel Lee’s creations for Bottega Veneta, compatible and consistent with the identity and culture of the brand as well as its development strategy?

Founded in 1966, Bottega Veneta is a leather goods house whose products are recognized for their quality, refinement and sobriety. After its takeover by Kering in 2001, allowing an expansion of the ready-to-wear range under the artistic direction of Thomas Maier, the house remains true to its principles.

Thus, in 2003, Thomas Maier established the strategic extension of the spirit of Bottega Veneta: he advocated a return to essential luxury, founded on excellent know-how, innovation, functionality and the very high quality of materials. Totally against the tide of the “bling” and “logo” fashion of the time, he made the logo disappear. Daniel Lee, who worked with Phoebe Philo at Céline, is totally in tune with this spirit of discreet and refined luxury. And, like Phoebe Philo, he is rather reticent about digital even if he fully integrates the challenges, as he revealed in an interview for Vogue in 2018.

This more rigorous control of its marketing and its image is manifested by a first experience in retail with the creation of an invisible ephemeral store in July 2020 in Shanghai.

At the heart of the Plaza 66 shopping center, the 100 m2 allocated to Bottega Veneta are installed in a cube whose walls and roof are fitted with mirrors, blending into its surroundings. No logo, no distinctive sign. Only the products are on display, providing a unique shopping experience for customers.

This refocusing on the essentials of luxury according to Bottega Veneta is then expressed in the presentation of its latest collection, called Salon 01 in homage to old Haute Couture presentations. The show, private and kept secret, took place in a London theater in October before the film directed for the occasion by Tyrone Lebon was released in December on the brand’s website.

To anchor his work on this collection in the material dimension, Daniel Lee publishes three books allowing readers to discover his influences and his creative process.

Refocusing on the essence of luxury and a new digital era

It is ultimately not surprising that this refocusing exercise leads to a digital break, which – even if it is only temporary – will allow the brand to avoid overexposure and saturation, without harming its digital presence due to profiles of fans or influencers and its coverage by online media.

Not to mention the media impact of this brutal disconnection and certainly soon a new and creative approach to the brand’s relationship with social networks…. 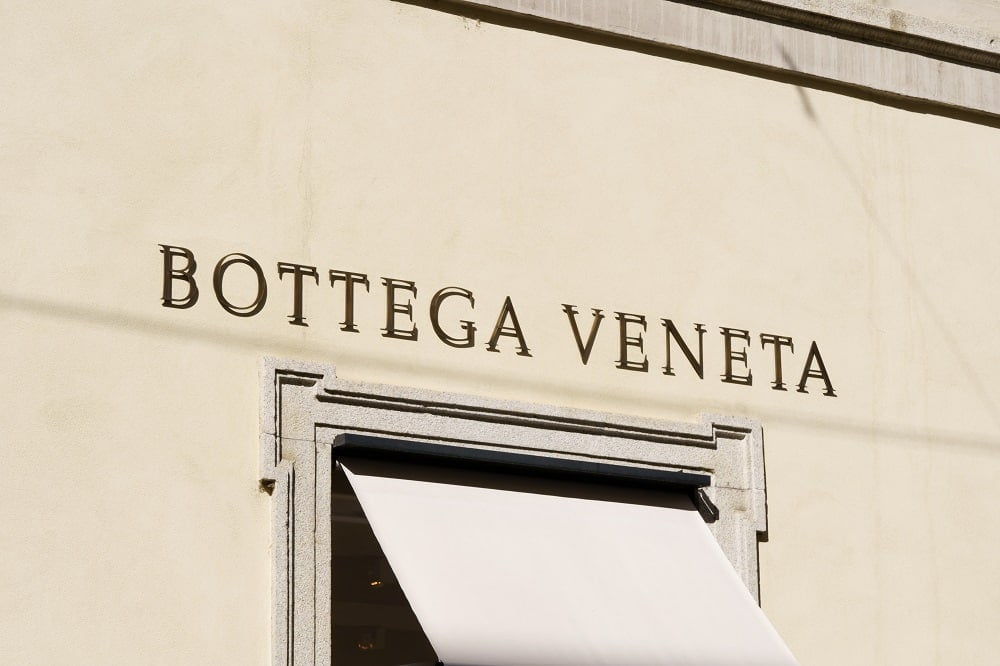 You have already reported this .
Clear Clear All