When it comes to valuing exception and emotion, people make the difference. LVMH and its Institut des Métiers d’Excellence, Orange via its Haute Ecole du Service and The Vendôm Company focus on training.

In this period leading up to Christmas, around the central escalator of Bon Marché Rive Gauche, the Sèvres-Babylone department store, sales people are busy. In the watch department, a man and a woman are looking for a watch for their grandson, who has just obtained his driver’s license. Attentive, Takako Osawa argues that a dial of 39 millimeters rather than 41 might be suitable for this young man described as understated. The client can hardly imagine that this elegant and precise young woman was barely two years ago… a fashion designer in Australia! It was then that she applied for sales training at IME LVMH, the Institute of Excellence Trades.

This internal school offers work-study training in the professions of the various companies of the group, with 22 partner establishments. Created in 2014, the IME integrated programs for future salespeople the following year. Indeed, notes its director, Florence Rambaud, the customer experience is part of luxury know-how, just like craftsmanship or communication. And the three programs offered around sales – retail excellence with Cpro Stephenson, sales advisor with EMA Sup Paris, client advisor with EIML Paris (in English) – are successful: nearly half of the members of the 2019 promotion of the ‘IME, or 59 work-study students, chose them.

The possibilities are immense: there are many sales positions! In France, regrets Bruno Pelletier, director of human resources for Le Bon Marché, the term “sales person” is so little sales that we prefer to speak of “sales advisor”. However, notes the HRD: “If no advisor can make it attractive, the most beautiful product in the world remains in store.” In this strategic position, a salesperson is not just an intermediary who converts hours of work, reflection and creative impulses into transactions. “He is an ambassador of the know-how, the experience, the competence of our experts. It extends the chain that the craftsman has created “, supports Florence Rambaud.

What better laboratory, to enhance the value of the sales profession, than Le Bon Marché, with its two entities Le Bon Marché Rive Gauche and La Grande Epicerie de Paris? People come from all over the world to look for quality products there, whether it’s a white tea macaroon or Berluti shoes. The welcome is perfect, courteous and attentive, whether we fall for the coquillettes or the Le Château 150 La Cornue cooker. Moreover, the 400 sales advisers (out of 950 employees) at Bon Marché Rive Gauche love their job.

But there is a catch, which Bruno Pelletier realizes when he takes up his HRD post in 2015. First, the prospects are limited. A glass ceiling bars the access to positions of responsibility to sales advisers. Boucicaut training (named after the founder of the store) for management positions is therefore created internally. Bruno Pelletier, Florence Rambaud and their teams are also joining forces to develop a pilot sales training program, retail excellence.

We are looking for more diversity in resumes. “Obviously, according to Bruno Pelletier, Bon Marché customers come from all over the world.” And it is accessible even without a diploma: “Because the desire to please and determination are independent of qualifications.” One of the secrets to providing such a successful experience that the customer leaves the store with a watch, cream or bottle under their arm is “to take an interest in it and create a relationship with it”, analyzes Bruno Pelletier. With benevolence, the tutor and manager pass on the codes of each house to the apprentices and accompany them on a daily basis. They must be warm, generous in their attitude to create a memorable emotional experience …

Concretely, 3 of the 5 programs offered at Bon Marché Rive Gauche, in partnership with IME LVMH, are dedicated to sales. Each year, the courses evolve. In 2019, as in 2020, retail excellence is the result of a partnership with the Cpro Stephenson school. The work-study program is operational: each month has only one week of theoretical lessons. The other three weeks, the schedules are arranged so that the apprentice – who can be from 18 to … 51 years old! – participate in the real life of the company. In front of the attractive display of the pastry shop of La Grande Epicerie de Paris, Anaëlle Robelet bears witness to this. Dreaming from childhood of getting involved, the young girl joined the twenty or so pastry chefs working in the basement laboratories of La Grande Epicerie as a work-study. She acquired the basics of charlotte aux marrons or paris-brest from pastry chef Thibault Leroy. But the training didn’t stop there.

During interdisciplinary masterclasses, she met colleagues from fashion, champagne and jewelry. “We want to be cross-functional, and that our apprentices discover the culture of luxury at LVMH. In our houses, which is not offered anywhere else, the watchmaker meets the winegrower, the seamer the leatherworker, etc. “, explains Florence Rambaud. “I didn’t even suspect the complexity of these jobs,” smiles Anaëlle. And these meetings were not useless, because the tones of precious stones and fashion trends inspire the delicate compositions of babas, meringues and other desserts on display.

The icing on the cake, Anaëlle’s apprenticeship turned into a six-month fixed-term contract. Her colleague Takako was hired after her work-study experience in the retail excellence promotion on a permanent contract as a watch sales consultant. 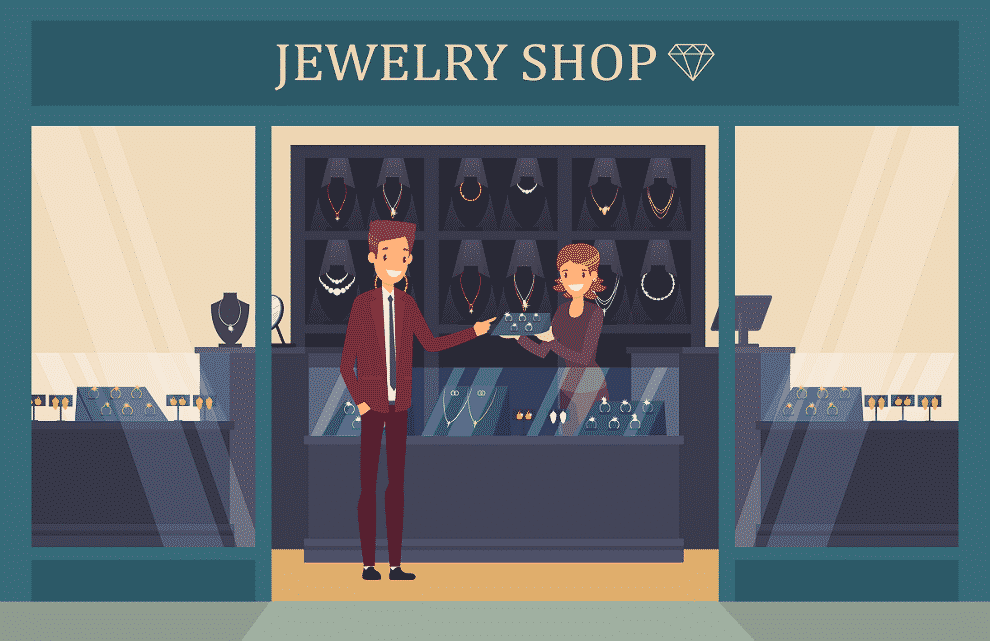 Why commission-based compensation is wrong in luxury retail. Jean-Noel Kapferer stated in his well-known book, The Luxury Strategy, that sales personnel in a luxury store…